Adrian is an Engineering Geologist with quarrying industry experience undertaking site investigations and producing quarry development plans. He is a Chartered Geologist and Fellow of The Geological Society of London, a Member of the European Federation of Geologists, a Fellow of the Institute of Quarrying and a Member of the Irish Mining and Quarrying Society. He holds an honours Degree in Applied and Environmental Geology awarded from The University of Birmingham in 1993 and a Post Graduate Diploma in Applied Geotechnics awarded from Camborne School of Mines in 2011. He was formerly employed by RMC (now Cemex) and then Tarmac before forming Land and Minerals Consulting Ltd in 2004. He is a ‘Geotechnical Specialist’ under the Quarries Regulations 1999, a ‘Competent Person’ as defined by the Pan-European Reserves & Resources Reporting Committee for the Reporting of Exploration Results, Mineral Resources and Minerals Reserves (“PERC Standard”), has advised on due diligence for mergers and acquisitions of aggregate quarries and has acted as an Expert Witness on minerals related matters. He also holds a Basic National UAS Certificate (BNUCs) to commercially fly Small Unmanned Aerial Systems.

Adrian is an Aggregates Geologist with considerable experience gained within the quarrying industry, specialising in quarry development planning, site investigations, and due diligence for mergers and acquisitions. He graduated from Oxford Brookes University with an honours degree in Geology in 1983 and a MSc in Industrial Minerals from the University of Hull in 1984. He subsequently held a Geologist position at RMC (now Cemex), followed by a Geological Manager position for Tarmac Northern. In 2000, he was a founding Director of Key GeoSolutions Ltd. Adrian joined Aggregate Industries in 2003 as Northern Region Geological Manager and moved to Denver Colorado, USA in 2005 where he became US Geological Services Manager for Aggregate Industries Inc. In 2010 he relocated back to the UK and joined LMCL initially as Geological Director and was instrumental in setting up LMCL’s Aerial Surveying business. He is a Chartered Geologist and Fellow of The Geological Society of London, a Member of the European Federation of Geologists and a Fellow of the Institute of Quarrying. He is a ‘Competent Person’ as defined by the Pan-European Reserves & Resources Reporting Committee for the Reporting of Exploration Results, Mineral Resources and Minerals Reserves (“PERC Standard”), has advised on due diligence for mergers and acquisitions of aggregate quarries and has acted as an Expert Witness on minerals related matters. He also holds a Basic National UAS Certificate (BNUCs) to commercially fly Small Unmanned Aerial Systems.

Ian has a first Degree in Geology from Derby University in 1983 and a Master of Science in Geotechnical Engineering from Newcastle University in 2010. Other relevant qualifications include a SHE NVQ level 5 for the extractives industry, and EPIC/MPQC certificates for shotfiring and blast design. He has worked in the quarrying industry since 1983, he became a Quarry Manager in 1984 then Area Manager and Production Manager, and since 2008 he was Geotechnical Manager at Aggregate Industries. Direct production experience has been gained from sand and gravel (dry, wet and dredged), limestone, dimension stone and sandstone quarries. As Geotechnical Manager he has gained experience from over 40 hard rock quarries and another 30 sand and gravel units. He is a chartered engineer, a Euro Engineer and professional member of the Institute of Materials Minerals and Mining (IoM³) and a Fellow of the Institute of Quarrying.

Mike has an Integrated Master’s Degree in Geology from the University of Leicester awarded in 2010 and a Master of Science in Mining Engineering from Camborne School of Mines (University of Exeter) awarded in 2015. He is a Chartered Geologist and Fellow of The Geological Society of London. He was previously employed by Aggregate Industries on the Graduate Management Program where he learnt quarrying processes from drilling and blasting through to crushing and screening. Following this he spent three years as an Exploration Geologist working in the Afar Desert in Ethiopia before returning to the UK to study his MSc at CSM.

Rupert has an honours degree in Environmental Science with Engineering Geology at the University of Lancaster in 1992. He is a Chartered Engineer and Chartered Environmentalist with the Institute of Materials, Minerals and Mining. He has previously been employed by AIG Consulting, Encia Consulting and Stratus Environmental where he has worked in the ground engineering, geotechnical, waste management and contaminated land sectors and was involved with the design and management of engineering projects in the waste management sector before joining LMCL. He also holds a Basic National UAS Certificate (BNUCs) to commercially fly Small Unmanned Aerial Systems.

Joined LMCL in August 2016. Tom completed an honours degree in Engineering Geology and Geotechnics in 2005, and a PhD on numerical modelling of fractured rock slopes in 2009, both at Camborne School of Mines. He is a Chartered Engineer with the Institute of Materials, Minerals and Mining and a Member of the Institute of Quarrying. Following a research fellowship at Camborne School of Mines, he went onto research as a Post-Doctoral Fellow in Canada working between Simon Fraser University and the University of British Columbia, before returning to the UK to work for AMC Consultants on rock mechanics projects for both exploration and operational mining clients. Following this, he joined Knight Piésold to consult on the stability of mine waste facilities including tailings dams and waste dumps, as well as rock mechanics for both open pit and underground mines before joining LMCL.

Grace obtained an honours Degree in Geology awarded from the University of Portsmouth in 2014 and a Master of Science in Engineering Geology also awarded from the University of Portsmouth in 2017. Since the age of 16 (prior to, and during her 1st and 2nd years at University), Grace was a volunteer crew member of the Lyme Regis Lifeboat (and at the time was the youngest ever off-shore crew member). Following her 1st Degree, Grace spent 2 years living and working in New Zealand. After completing her Master’s Degree and before joining LMCL, Grace was employed by Hydrock Consultants undertaking Phase 1 and Phase 2 geotechnical and environmental site investigations. Grace is an Associate of the Institute of Quarrying.

Joined LMCL in January 2015. Matt has worked within the Quarrying Industry since 2007. He has an HNC in Civil Engineering from Stockport College and was awarded a Diploma in Quarry Technology at Derby University in 2011. He started his career in opencast mining with UK Coal where he progressed through the ranks to become Mine Engineer / Surveyor. Following UK Coal, he worked briefly as a self-employed surveyor before joining LMCL in January 2015. He is a Technical Member of The Chartered Institute of Engineering Surveyors and a Member of the Institute of Quarrying. He also holds a Basic National UAS Certificate (BNUCs) to commercially fly Small Unmanned Aerial Systems.

Joined LMCL in September 2016. Dan joined LMCL from Clevedon School 6th Form on the Government’s Apprenticeship Scheme and enrolled on a Diploma in Construction and the Built Environment with Bridgwater and Taunton College (due to end in July 2018). In January 2018 Dan enrolled on a six-year part-time BSc Earth Sciences degree course with the Open University. Since joining LMCL Dan has also completed a 5-day surveying course with the Survey Academy in Worcester and has also qualified to commercially fly small unmanned aerial systems. Dan is an Associate of the Institute of Quarrying.

Joined LMCL in August 2017. Matthew provides in-house maintenance for the Company’s 4×4 vehicles and Unmanned Aerial Systems. He acquired his BTEC L3 qualification in Engineering Maintenance from Hull College of Further Education in 1997 before serving a three-year apprenticeship with Holmes Halls Tanners. Since then he has worked as a Maintenance Engineer for Carpets International, Humber Growers and Humberside Reclamation. As well as providing support for LMCL’s various vehicles and drones, Matthew is qualified as a small Unmanned Aerial System Pilot and is also training as a Surveyor. Matthew is an Associate of the Institute of Quarrying.

Alison originally trained as a nurse before working in the retail sector.  She was formerly employed by Debenhams, Bentals and latterly by Tarmac Recycling as an internal sales representative.  When Adrian Wilkinson was made redundant in 2004 and formed LMCL, Alison became the ‘Company Secretary’ and continues in that role today.  Alison manages Accounts Receivable, Accounts Payable and general enquiries regarding the company. Alison is an affiliate of The Association of Accounting Technicians.

Sharon joined LMCL following the acquisition of our first Unmanned Aerial System (“drone”) and the issue by the CAA of our first Permission for Commercial Work in May 2012. Sharon ensures that all the requisite documents and drone specific insurances are maintained and submitted annually to the relevant authorities.

Associate with LMCL since April 2015.

Paul holds a Bachelor of Science Special Honours Degree in Geology from the University of Sheffield. He has been a Chartered Geologist since 1977 and a fellow of the Geological Society. He was elected Member of the Institute of Quarrying following successful completion of the Institute’s Professional Examinations in Quarry Operations, Quarry Engineering, Concrete Technology, Health and Safety, Management and Administration. He was employed by Tarmac, following graduation, from 1973 until 2003 including holding senior management roles within the Geology Department from 1976. Whilst employed by Tarmac in a management position, he was responsible for a team of geologists and surveyors providing geological services and support to both Tarmac and also to joint venture businesses. During the course of his career he has been involved in potential corporate acquisition studies (including due diligence exercises), divestment programmes, establishing joint venture operations, and reviewed and maintained the Company Reserves and Resources data in compliance with international reporting codes. Paul worked as a freelance consultant geologist between 2004 and 2015 as Paul Brewer Geological Services Limited. He has extensive knowledge of the quarrying industry both in the UK and overseas (Europe & the Middle East).

Associate with LMCL since 2016. Declan is a Senior Geotechnical Engineer and has been working as an enginner in a wide varity of environments since 1993 and is currently employed as an internal Consultant of Telford & Wrekin Council, Shropshire. Whilst working with the Council he has been a designer (in his role as a Principal Officer), a Regulator (in his role as a Consultant to the Planning Department) and an ‘internal Departmental Regulator’ ensuring team compliance with ‘PPG14 / NPPF’. Educated in Athlone RTC School of Mines (Ireland) and then in Engineering Geology & Geotechnics at Portsmouth, he was initially employed by Wardell Armstrong and then Atkins Consultants prior to joining the Local Authority. He has been a Chartered Engineer with the IOM3 since 1999. He has extensive experience in ground investigation works and the assessment of site abnormals for housing development and brownfield ‘reclamation-remediation’. Declan has prepared numerous Desk Study reports and Contaminated Land assessments. He has been a lead ‘Supervisor’ on large scale Engineering projects under the NEC contract and has been Project Engineer and designer on both ‘mines and rockface’ Stabilisation works, mine-workings investigation schemes, piling projects, retaining wall schemes and landfill infrastructure schemes. Since 2006, Declan has assisted LMCL when advice relating to retaining structures was needed.

from Land and Minerals Consulting 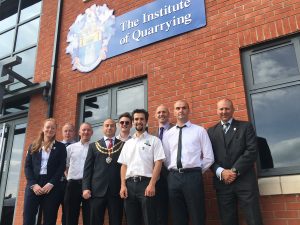 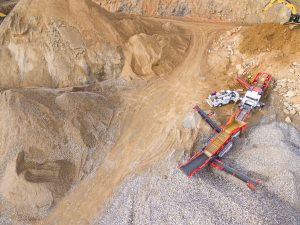 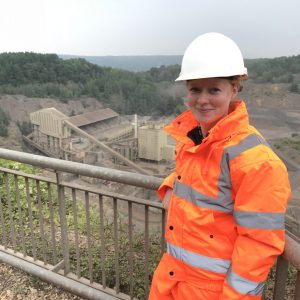